#6 Pet Sounds by The Beach Boys 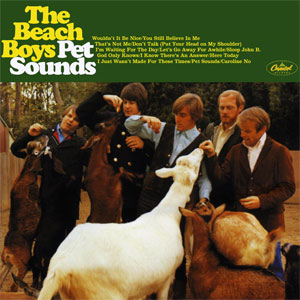 Released in 1966, Brian Wilson was inspired to make Pet Sounds after he heard Rubber Soul by The Beatles. Pet Sounds, in turn, inspired Paul McCartney and The Beatles to make the Sgt. Pepper album. With its mix of different sounds and instrumentation, it is considered one of the first psychedelic albums.