#4 Abbey Road by The Beatles 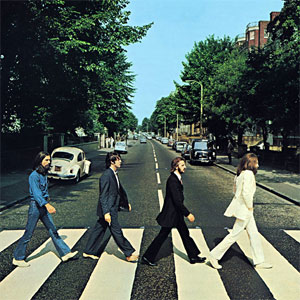 Though it was released eight months before Let it Be, Abbey Road was the final album The Beatles recorded together. The album is famous for it's side two medley, mainly made up of snippets of unfinished songs which were then woven together. The medley begins with "You Never Give Me Your Money" and finishes up with "The End" and it's famous lyric "And, in the end, the love you take is equal to the love you make" which is arguably one of the most famous swan songs in the history of recorded music. Abbey Road shows the growth of George Harrison as a songwriter with his two contributions to the album "Something" and "Here Comes the Sun".

The Beatles had temporarily shelved working on the Get Back album, which would later become Let it Be, when they went into the studio to record Abbey Road. Acrimony had been high among the band members, but they attempted to put those feelings behind to make one last album. Producer George Martin said in the The Beatles Anthology

that, "Nobody knew for sure that it was going to be the last album — but everybody felt it was."

Other albums by The Beatles on the chart: Meet the Beatles, A Hard Day's Night, Rubber Soul, Sgt. Peppers Lonely Hearts Club Band, Revolver, and The Beatles (White Album)