#2 Revolver by The Beatles 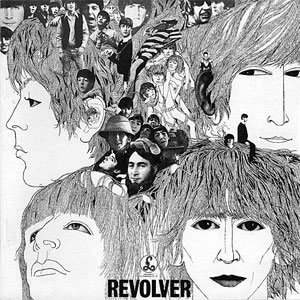 Revolver, released in August 1966, stands in the middle of the evolution from the more folk-rock album Rubber Soul to the psychedelic experimentation of Sgt. Pepper’s Lonely Hearts Club Band and reveals The Beatles growing confidence in their songwriting ability, musicianship and their knowledge of what could be achieved in the studio.

From the children’s pop song "Yellow Submarine", the political anger in George Harrison's "Taxman" and his first song to fully incorporate classical Indian music into a pop song in "Love You To", the experimental psychedelic rock of John Lennon's "She Said She Said" and "Tomorrow Never Knows", and the shimmering pop of Paul McCartney's "Good Day Sunshine" and "Got to Get You into My Life", there is not a single throwaway or filler song on the whole album.

Revolver features some of Paul McCartney's finest works from the Beach Boys inspired love song "Here, There and Everywhere", which John Lennon called “One of my favorite songs of The Beatles”, to the loneliness of two people who meet when it is too late in "Eleanor Rigby", and the sadness in the end of relationship song "For No One".

In recording Revolver, The Beatles spent more time in the studio than they had on any previous release and after completing the album, The Beatles would go on a North American concert tour for one last time before giving up the road completely and focusing all of their creative energy on working in the studio.

Other albums by The Beatles on the chart: Meet the Beatles, A Hard Day's Night, Rubber Soul, Abbey Road, Sgt. Peppers Lonely Hearts Club Band, and The Beatles (White Album)